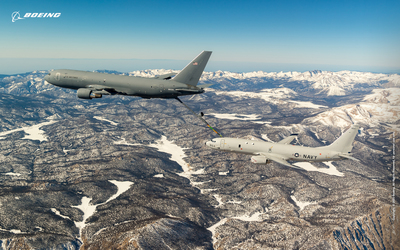 On May 12, please join PMBC, PTACs of Michigan, AUSA, and MAMA for the Boeing Small Business Team presentation of "Doing Business with Boeing."

A Special Breakout Room featuring special presentations and networking opportunities will be available to all attendees while the one-on-one meetings occur. Stay tuned for details. 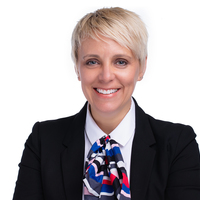 Mrs. Vanno currently works as the Development and Operations Manager of the Michigan Economic Development Corporation’s, Pure Michigan Business Connect (PMBC) unit since September of 2019. In this role, she is responsible for initiating, designing, and organizing strategic buyer-supplier matchmaking initiatives. Mrs. Vanno will is responsible for directing and increasing procurement for Michigan suppliers through creating and maintaining relationships with private sector executives to further PMBC recruitment, while developing strategic supplier and partner relationships.

General Montjar was born in Springfield, Ohio. He received a Bachelor of Business Administration degree in Marketing and was commissioned a Second Lieutenant in August of 1971, upon completion of the Reserve Officer’s Training Course from the University of Cincinnati. General Montjar holds a Masters Degree in Technology from Eastern Michigan University in Ypsilanti, Michigan.

His military schooling includes completion of the Quartermaster Officer Basic and Advanced Courses, the Infantry Branch Qualification Course, the Command and General Staff College, and the US Army War College.

General Montjar immediately entered the United States Army Reserve in October of 1977 and served in a variety of assignments in the 70th DIV (Training), the 85th DIV (Exercise), and the 19th TAACOM (Theater Army Area Command). His key assignments include Battalion and Brigade S-4, Assistant Division G-4, Battalion Commander, Division G-1, and Assistant Deputy Chief of Staff for Personnel in the 70th Division. In the 85th Division he served in the 1st Brigade as the Combat Service Support Branch Chief. General Montjar then completed a Colonel command assignment as the Commander of the 6th Materiel Management Center (Conus Augmentation), 19th TAACOM. General Montjar was assigned to the US Army Materiel Command at Ft. Belvoir, Virginia in July 2001. He was mobilized immediately after the events of 11 September 2001 to the US Army Materiel Command where he served as the Assistant Deputy Chief of Staff for Operations until July 2005. He was then recalled to active duty in August 2005 and culminated his career by serving as the Deputy Commanding General, US Army Cadet Command, Ft. Monroe, Virginia until August 2006.

General Montjar’s awards and decorations include the Distinguished Service Medal, the Legion of Merit with two oak leaf clusters, Meritorious Service Medal with three Oak Leaf Clusters, the Army Commendation Medal, and the Army Achievement Medal. General Montjar is a member of the Quartermaster Hall of Fame, a Distinguished Member of the Quartermaster Regiment, a member of the Order of St. Martin, and the University of Cincinnati Army ROTC Hall of Fame.

General Montjar is the current President of the Arsenal of Democracy Chapter of AUSA. He retired from the United States Army in May 2007 and from General Motors Corporation in April 2002 where he served as a World-Wide Purchasing Supervisor. He is married to Diana L. Curson of Flint, Michigan. He has a son Andrew residing in Shelby Township, Michigan, and a daughter Catherine Montjar-Irwin residing in Montclair, New Jersey with her husband Philip and two sons Thomas and Peter. General Montjar and his wife reside in South Lyon, Michigan. 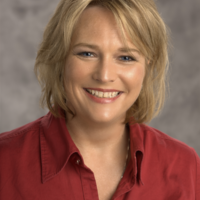 Director of the Macomb Regional PTAC

Beth Cryderman Moss is a graduate of Walsh College where she earned a Master’s of Science in Management, and a graduate of Central Michigan University where she earned a Bachelor’s of Science in Business Administration, minoring in Psychology. She has also earned a Master’s Certification in Government Contracting from George Washington University and has worked in the occupational and business counseling field for over 25 years. She has dedicated the past 20 years working with the Procurement Technical Assistance Center (PTAC). She is also a Certified Federal Contracts Manager (CFCM) through the National Contract Management Association (NCMA), a Level III Certified Contracting Assistance Specialist, and a Level II Certified Trainer for the Federal Contracting Certification (FCC) program with the U. S. Department of Veteran’s Affairs.

Ms. Cryderman Moss is the Director of the Macomb Regional PTAC located in the heart of Michigan’s Defense Corridor. Her efforts are focused on supporting national security within the defense industrial base, as well as regional economic and work force development. She is a Past President for the Michigan Chapter of the National Defense Industrial Association (NDIA), and the current President of the PTACs of Michigan. The Macomb Regional PTAC is located at the Michigan Technical Education Center (MTEC) of Macomb Community College located 1.5 miles from the Detroit Arsenal in Warren.